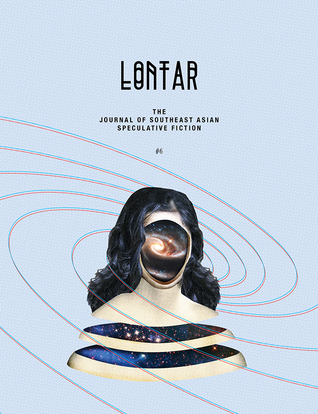 Bestseller at Weightless Books for May 2016

This issue of LONTAR presents speculative writing from and about Singapore, Vietnam, Indonesia, the Philippines, Cambodia and Laos.

The Boy, the Swordfish, the Bleeding Island
Ng Yi-Sheng

Giang wished that she could run away from Vuong and the factory. She imagined herself wearing the shoes that she made: sneakers that felt as light as air but were as strong as steel boots. She often admired them, thought they would protect her feet against the roughest ground, but of course she couldn’t afford such shoes.

Running in them probably feels like flying, she thought. Wouldn’t it be nice to run all the way into the sky and become friends with the birds?

But Vuong’s foul curses brought her back to earth, back to the present.

It was getting harder and harder to lift her legs. Her feet hurt as they struck against the ground. She couldn’t catch her breath. The sun was so hot and bright.

“If you don’t run faster, you can leave right now and never come back. And don’t ever expect to find any work in any other factory in this town either. I know all the foremen.”

Giang was ready to give up. She wanted to stop and just walk away. She wanted to go home, where she would be able to cry in the warm embrace of her mother and fall asleep against her shoulders.

But then she imagined the scene around the bedroom after she would have fallen asleep. There would be her father, confined to his bed after he lost the use of his legs because of that construction accident; he would stare hopelessly at the ceiling, biting his lips and trying not to moan from the pain. Next to him would be her mother, who would have to get up before the sun was out to walk to the shirt factory on the other side of the city; the money she earned there paid for her father’s medicine. Giang’s wages paid for their food, and allowed her brother to continue in high school at the provincial capital. But with Giang fired, what would they do?